Physics defines speed as Speed is the rate of motion, or the rate of change of position. It is expressed as distance moved (d) per unit of time(t). Speed is a scalar quantity with dimensions distance/time. Speed is measured in the same physical units of measurement as velocity, but does not contain an element of direction. Speed is thus the magnitude component of velocity. Velocity contains both the magnitude and direction components.

Ok I know that’s a little heavier than what your use to from me.  But tonight as I was walking through the city I caught a glimpse of the car in tonight’s photo.  Which made me think if the 1970 Boss 302 Mustang that I grew up around and rode in every summer.  The Mustang was a fun car to ride in but it wasn’t as fast off the line as the 1970 1/2 Z28.  So the question arises what is speed? Is speed just going fast, maybe 80mph, 100mph, 150mph?  Or is speed what you feel as you accelerate from 0 to 100?  I’m not really sure how you might define it, but either way it’s fun. 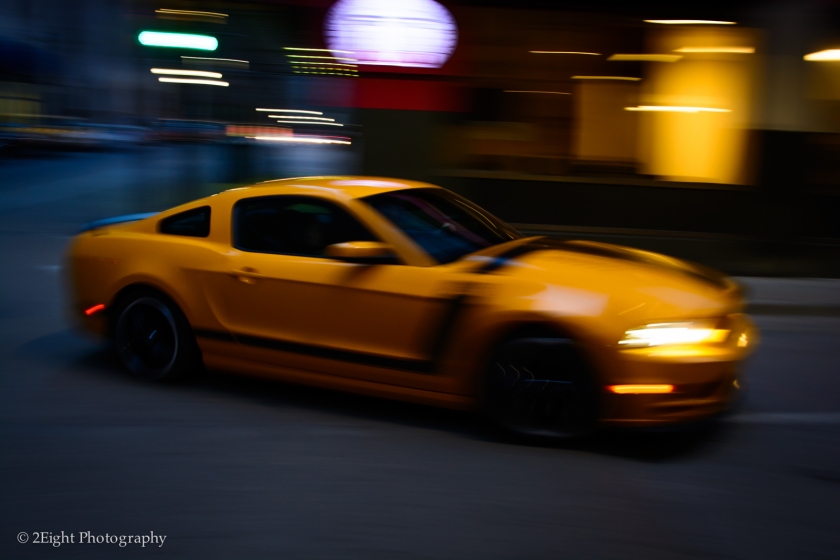